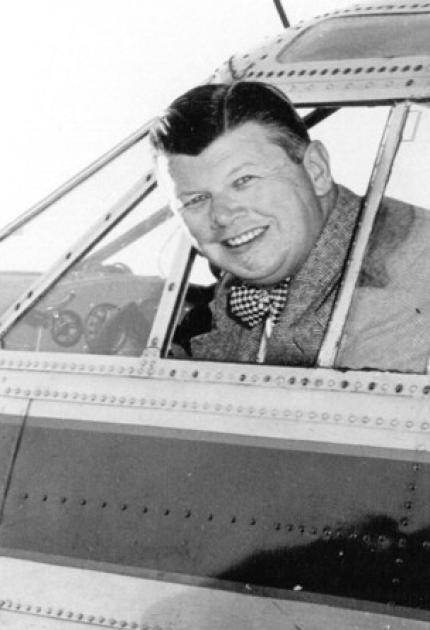 Though his name is most often associated with corporate jet airplanes, William Lear earlier made his mark in car radios and by inventing the eight-track tape player. Born in Hannibal, Missouri, Lear attended public school in Chicago through the eighth grade. At age 16 he joined the Navy, where he learned radio electronics. Following World War I he took up flying.

An early Lear design, a practical car radio, launched the Motorola Company. RCA purchased a radio amplifier design of Lear's, a universal unit usable in their entire line. Lear designed the eight-track player in the 1960s. Lear began designing navigational aids for aircraft in the 1930s and under the names Lear and LearAvia Corporation filled more than $100 million in defense orders during World War II. After the war, he developed a lightweight automatic pilot. In 1962 he sold his interest in Lear, to form Learjet, which became the leading supplier of corporate jets within five years.

After Learjet he devoted his energies to development of an antipollution steam engine. In the 1970s his aircraft designs included the Canadair Challenger and the Lear Fan, an airplane built entirely from composites. Lear died during development of the Lear Fan, and although there were a number of advance orders it was never put into production.