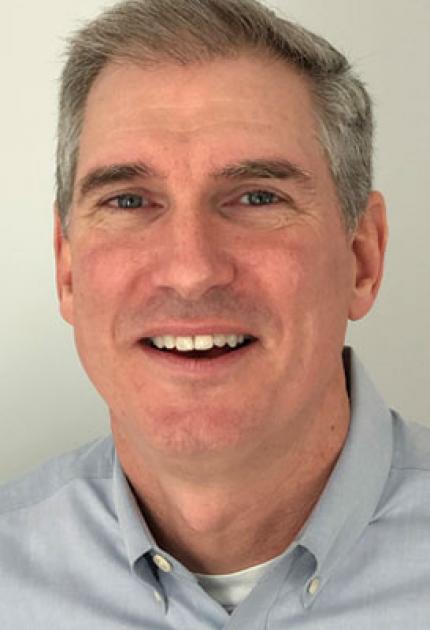 While e-commerce grew rapidly at the beginning of the 21st century, material handling within distribution centers still relied on decades-old techniques that were inefficient for order fulfillment in the era of online shopping. The Kiva system, a warehouse order fulfillment system developed by Mick Mountz, Peter Wurman and Raffaello D’Andrea, changed that. Kiva utilized thousands of mobile robots and sophisticated control software to bring inventory shelves to workers, dramatically improving all areas of fulfillment center operations from safety and productivity to cycle time and throughput.

In an interview with the National Inventors Hall of Fame®, Mountz shared that curiosity, experimentation and teamwork had been encouraged throughout his childhood. “Having parents that challenge you to play sports, pick leadership roles, be curious — I think all of that contributes to how you move through your education process and then some of your career decisions as well.”

Mountz earned his bachelor of science degree in mechanical engineering from the Massachusetts Institute of Technology (MIT) and a master of business administration degree from Harvard University, and in 2002, he conceived of a more efficient method for order fulfillment: robots delivering shelves of inventory to people working as pick-and-packers. He asked Wurman, his former MIT roommate, and a North Carolina State University professor, for software advice. Together, they decided on a centralized software architecture to wirelessly command the robots in real time. Shortly thereafter, D’Andrea, a robotics expert and professor from Cornell University, joined the company then known as Distrobot to develop the motion layer.

Mountz holds more than 60 U.S. patents. In 2012, Fast Company magazine ranked Kiva Systems as one of the most innovative companies in the world for their game-changing solutions using mobile robotics. He is a member of MIT’s School of Engineering Dean’s Advisory Council.

10 Things You Need to Know About Mick Mountz>>>