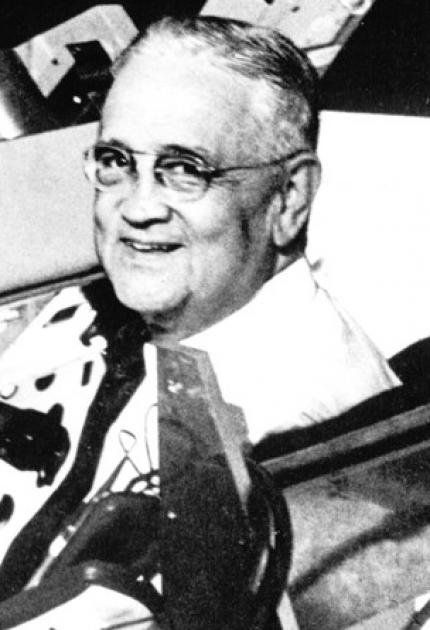 Aeronautical engineer and university professor Charles Stark Draper developed gyroscope systems that stabilized and balanced gunsights and bombsights, which were later expanded to an inertial guidance system for launching long-range missiles at supersonic jet targets. Born in Windsor, Missouri, Charles Draper disliked specialization and so took several degrees from Stanford, Harvard, and finally a Doctor of Sciences in Physics from the Massachusetts Institute of Technology in 1938.

Having already established his credentials as a scientist and educator at MIT, Draper was named head of the institute's Instrumentation Laboratory in 1939. There he developed a spinning gyroscope, stabilizing Navy antiaircraft gunsights. Success led to gyroscopic-balanced bombsights, which were later expanded to the inertial guidance system for missiles. Draper subsequently developed the Spatial Inertial Reference Equipment (SPIRE) system for automatic aeronautical navigation–a system he later refined and miniaturized for use in the Polaris submarine missile system.

He continued to be a pace-setter in the space age as head of MIT's renamed Department of Aeronautical and Astronautical Engineering. His Instrumentation Lab was awarded the Project Apollo contract for guiding man and spacecraft to the moon.