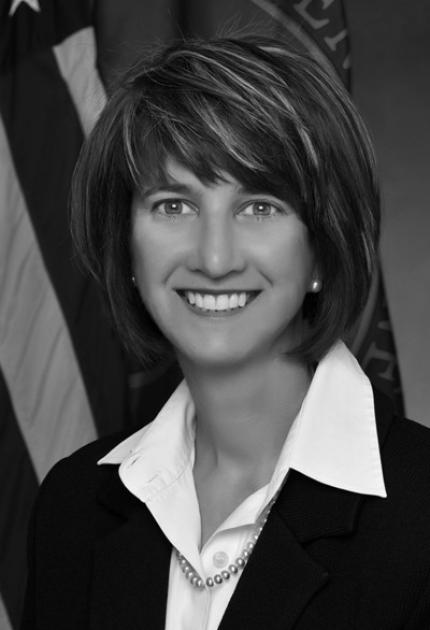 Kristina Johnson is widely recognized as a pioneer in optoelectronic processing systems, 3D imaging, and color management systems. At the University of Colorado (CU) and Duke University, she produced work that has formed the basis for 3D films, rear projection systems for televisions, digital mammograms, faster screening of pap smears for cervical cancer, and foundational work that has resulted in near-to-the-eye displays.

Johnson and Gary Sharp at CU worked on birefringent materials, which are materials whose refractive index depends on the polarization and propagation direction of light. The most visible applications of birefringent filters has been in the entertainment and electronics industries. Together, Johnson and Sharp co-founded ColorLink, Inc. to commercialize their color polarizer technology, and in 2007, the company was sold to RealD, a leader in the 3D imaging field.

A graduate of Stanford for her B.S., M.S., and Ph.D. degrees, Johnson has promoted broadening participation in science and math education for women and underrepresented groups in science and engineering. She has held positions at Duke, Johns Hopkins, and served as the Under Secretary for Energy at the U.S. Department of Energy. Johnson also served as CEO of Cube Hydro Partners which focused on the advancement of hydroelectric power. Johnson went on to become the Chancellor of the State University of New York, and since August 2020, serves as the President of The Ohio State University.