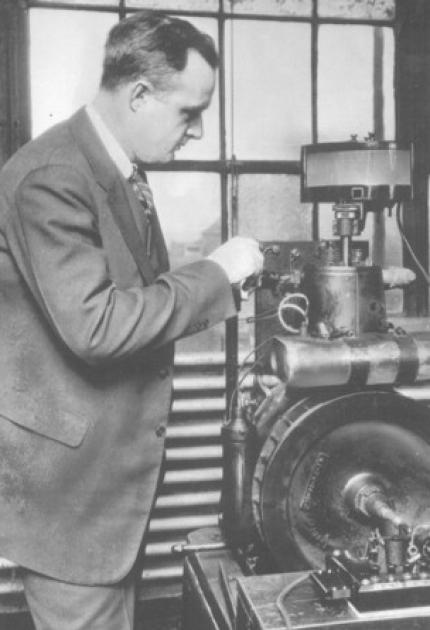 Born in Beaver Falls, Pennsylvania and educated at Cornell University, Midgley began work in 1916 in the research lab of the Dayton Engineering Laboratories Company. Using his knowledge of mechanical engineering and problem-solving, Midgley created tetraethyl lead, named Ethyl gasoline. In its first 25 years, it saved a billion barrels of oil, and it became an essential component of aviation fuel.

Midgley tackled another task in 1928, creating the nontoxic, nonflammable refrigerant Freon. In a famous presentation before the American Chemical Society in 1930, Midgley exhaled a lungful of Freon vapors onto a lit candle. The flame went out, proving Freon was neither poisonous nor flammable.

Although the environmental impacts of lead gasoline and Freon were not immediately apparent, both discoveries were important achievements. Midgley's other accomplishments include creating a process for extracting bromine from seawater, developing natural and synthetic rubbers, and acquiring 117 patents.