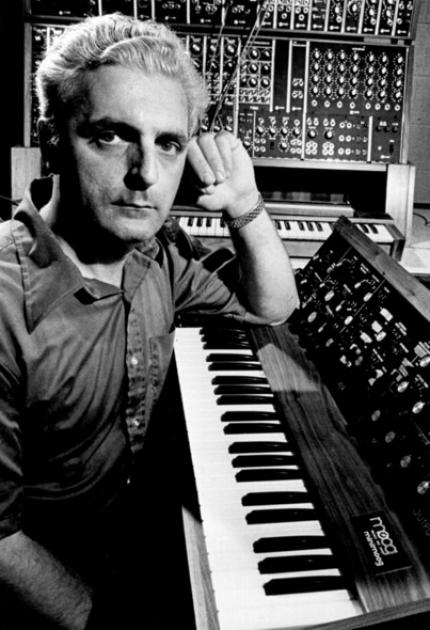 In 1964, inventor Bob Moog introduced the first complete voltage controlled modular synthesizer, an instrument capable of producing a wide variety of electronic sounds. The Moog synthesizer helped revolutionize the face of music by giving artists and composers the capability to create a brand new palette of sounds.

Initially, Moog worked on the development of a small prototype modular synthesizer. Using the fundamental circuitry from this prototype, he developed a more robust synthesizer that produced a wider variety of unique sounds. In 1964, he introduced his invention with modest, and then growing, success. Universities established electronic music labs built around the Moog synthesizer. Composer Wendy Carlos was one of the first to usher the synthesizer into the spotlight with the 1968 Switched-On Bach album. Since then, countless performers and composers have utilized the original Moog synthesizer and the Minimoog®, a smaller, portable version of the original instrument.

Moog studied the piano while growing up in New York City. He earned undergraduate degrees in physics from Queens College and electrical engineering from Columbia University and completed his Ph.D. in engineering physics at Cornell University in 1965. Today, the Bob Moog Foundation and Moog Music, Inc. carry on his legacy of inspiring innovation.