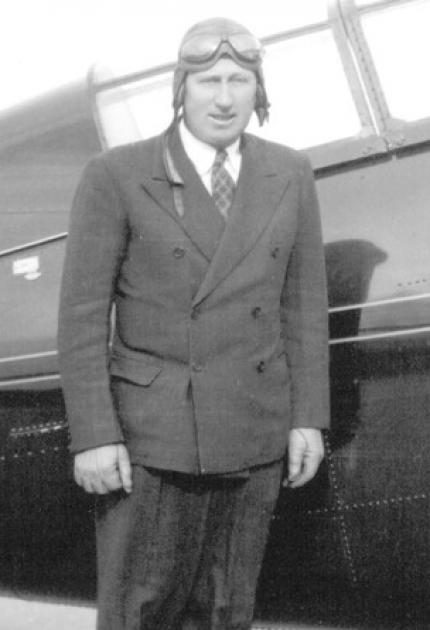 Grumman, born on Long Island, New York, established the Grumman Aircraft Engineering Corporation in 1929. In 1932, former Navy pilot Grumman obtained a Navy contract for twenty-seven FF-1 fighters, the first carrier-based plane with fully retractable gear that was able to exceed 200 mph in level flight. By the middle of WWII, Grumman was the Navy's top aircraft supplier, producing in 1943 the most military aircraft ever built in one plant in a single month. Well-known aircraft included Wildcat, Avenger, and Hellcat. His company manufactures reliable, rugged aircraft to this day, part of the Northrop Grumman Corporation since 1994.

At a labor conference in 1942, Rear Admiral John McCain lauded the company, saying "The name Grumman on a plane or part has the same meaning to the Navy that 'Sterling' on silver has to you." Highly respected within the industry, Grumman received the Presidential Medal of Merit in 1945.