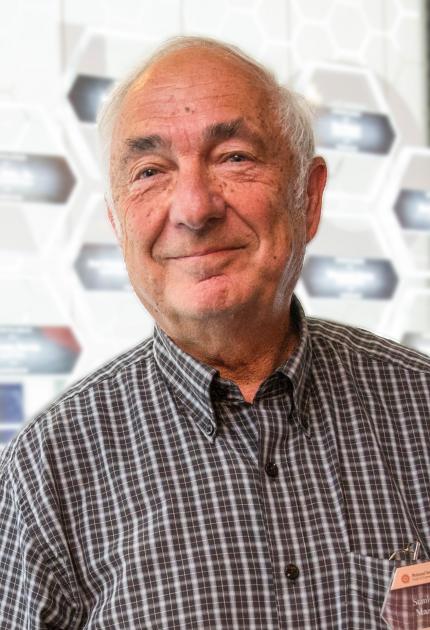 Stanley Mazor was instrumental in refining the architecture of the single-chip CPU. This first working microprocessor was smaller than a thumbnail yet had as much computing power as ENIAC, the first electronic computer, which filled 3,000 cubic feet. Born in Chicago, Mazor went on to study mathematics and programming at San Francisco State University. He worked first as a programmer for Fairchild Semiconductor and then as a computer designer. He shares patents on the Symbol computer.

In 1969, he joined Intel. Mazor was part of the team that created the first working CPU, the 4004. The 4004 was designed and built under contract for Busicom, a Japanese calculator manufacturer—they owned the rights to it. Intel acquired the rights by offering to return the $60,000 development cost and to produce the chip at a lower cost. Thus began the modern computer revolution.

In 1977, he began his teaching career in Intel's Technical Training group, and later taught classes at several institutions, including Stanford University and the University of Santa Clara. In 1984, he was at Silicon Compiler Systems. He co-authored a book on chip design language during time at Synopsys and also was Training Director at BEA Systems. He retired from Numeric Technologies/Synopsys in 2004, and with his Intel co-inventors, received the 2009 National Medal of Technology and Innovation.