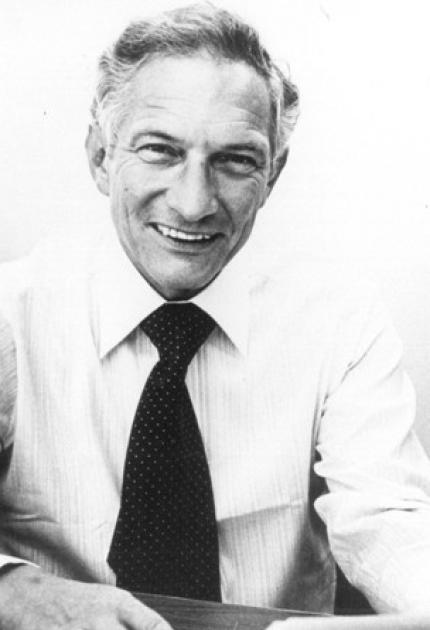 Robert N. Noyce, cofounder of Intel Corporation, was one of the pioneers of semiconductor development.

Born in Iowa, he received a B.A. from Grinnell College (Iowa) in 1949 and a Ph.D. in physical electronics from the Massachusetts Institute of Technology in 1953. He did research at Philco Corporation until 1956, when he joined Shockley Semiconductor Laboratory in Palo Alto, California, to work on transistor technology.

In July 1968 he cofounded Intel Corporation with Gordon E. Moore, who had also been a cofounder of Fairchild Semiconductor and a member of the Shockley laboratory staff. Noyce served as president of Intel until 1975 and chairman of the board from 1975 to 1979. Noyce held 16 patents for semiconductor devices, methods, and structures.