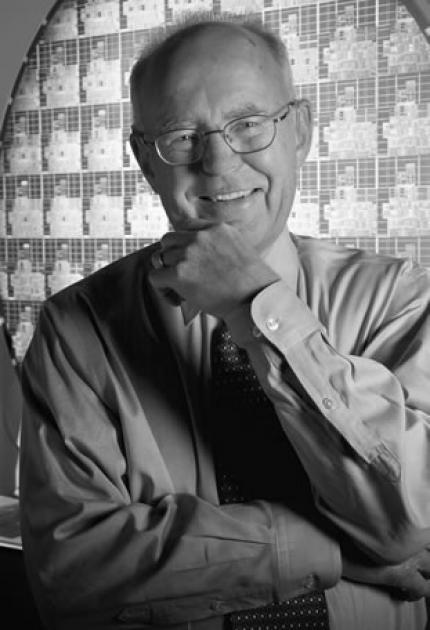 As a cofounder of both Fairchild Semiconductor and Intel, Gordon Moore set the pace and standards for Silicon Valley's chip manufacturing methods. Moore's work devising strategies that successfully transformed painstaking scientific experimentation into cost-effective products would establish the model of the computer industry researcher-entrepreneur and help make Intel a world-leading chip maker.

He is the author of Moore's Law, first given voice in 1965 and amended in 1975 to state that the number of transistors that can be mass-manufactured on an integrated circuit will double every two years.

Born in San Francisco, Moore received a Ph.D. from Caltech in 1954. He joined Shockley Semiconductor in 1956 but left with the "Fairchild Eight" in 1957 to form Fairchild Semiconductor, where he was director of research. In 1968, Moore became a cofounder of Intel, then president and CEO, then chairman until his retirement in 1997. Moore remains chairman emeritus of Intel and principal sponsor of the Gordon and Betty Moore Foundation, dedicated to global environmental conservation and scientific research, and quality of life in the San Francisco Bay Area. He is the recipient of many honors and awards, including the National Medal of Technology and the U.S. Medal of Freedom.