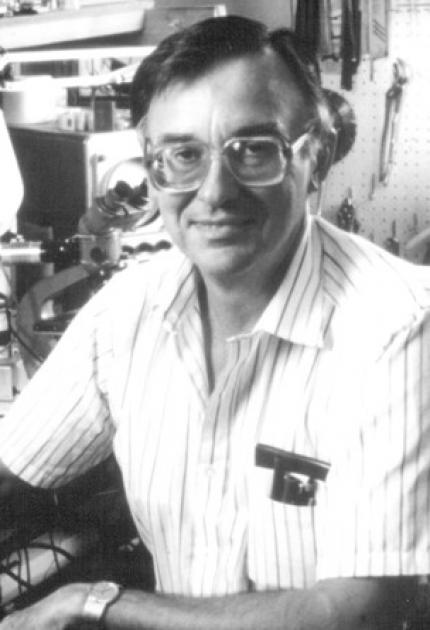 Marcian "Ted" Hoff, Jr. led the team at Intel that defined the architecture of the first single-chip computer CPU, after which the CPU was designed in the MOS group under different leadership. Hoff was born in Rochester, New York and received his undergraduate degree in 1958 from Rensselaer Polytechnic Institute. He attended Stanford University as a National Science Foundation Fellow, receiving an M.S. in 1959 and a Ph.D. in 1962.

In the late 1960s, there was a great deal of discussion regarding the possibility of a computer on a chip. Ted Hoff was the first to recognize that Intel's new silicon-gated MOS technology might make a single-chip CPU possible if a simple enough architecture could be formed. Hoff developed this architecture with just over 2000 transistors. One of the most important developments of the last half of the 20th century has been the microprocessor. It is found in virtually every electronic device in the modern world. From its inception in 1969, the microprocessor industry has grown to hundreds of millions of units per year.

Hoff joined Intel in 1968. In 1980, he was named the first Intel Fellow, the highest technical position in the company. He spent a brief time as VP for Technology with Atari in the early 1980s and was Chief Technologist with Teklicon, Inc. until his retirement in 2009. Other honors include the Stuart Ballantine Medal from the Franklin Institute and the National Medal of Technology and Innovation.