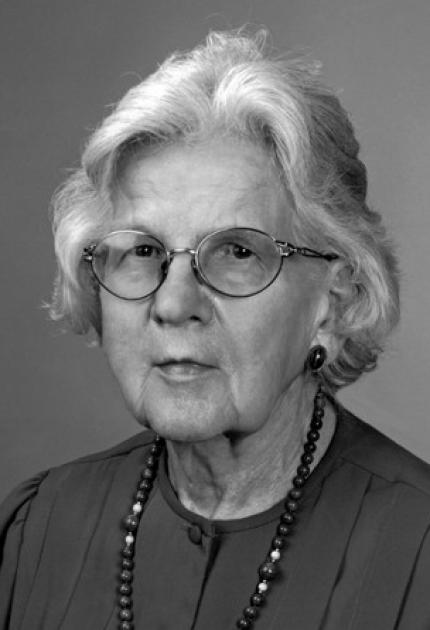 Chemist Ruth Rogan Benerito was widely recognized for the development of wrinkle-free cotton.

Born in New Orleans, Benerito studied at Sophie Newcomb College, the women's college of Tulane University, earning a B.S. in chemistry in 1935. She received her M.S. from Tulane in 1938, and her Ph.D. from the University of Chicago in 1948. Early in her career, Benerito taught at Randolph-Macon Women's College and also at Tulane University. In 1953, she began work with the U. S. Department of Agriculture's Southern Regional Research Center where she remained for over 30 years.

At the USDA, Benerito's specialty was using cellulose chemistry to solve practical problems in the textile, wood, and paper industries. Her research showed that when specific reagents were bonded to cellulose, the cellulose fibers would not form creases. The result was a cotton fabric with wrinkle resistance, and further research yielded many improvements to her initial discoveries.

Benerito also developed an intravenous fat emulsion that could be used for intravenous feeding, contributing to the care of long-term medical patients. Throughout her career, she received over 55 patents and many honors, including the Garvan Medal from the American Chemical Society and the Lemelson-MIT Lifetime Achievement Award.