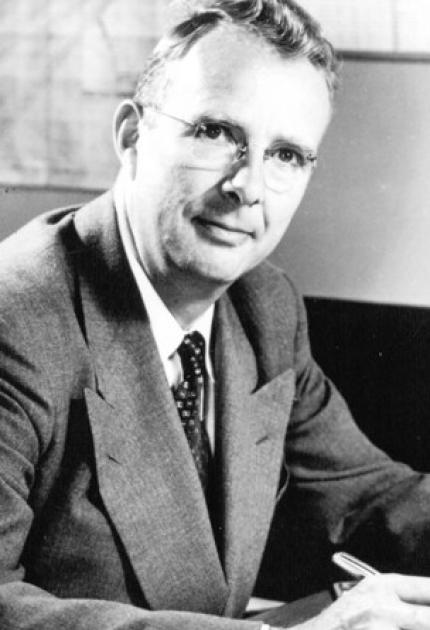 Luis Walter Alvarez invented a radio distance and direction indicator. During World War II, he designed a landing system for aircraft and a radar system for locating planes. Later, he helped develop the hydrogen bubble chamber, used to detect subatomic particles. This research led to the discovery of over 70 elementary particles and resulted in a major revision of nuclear theories.

Born in San Francisco, Alvarez graduated from the University of Chicago with a B.S. in 1932 and a Ph.D. in 1936. He was an assistant physics instructor from 1936 to 1938; an associate professor from 1938 to 1945; associate director of the Lawrence Berkeley Laboratory from 1954 to 1959; and a professor of physics at the University of California, Berkeley, in 1945. He was a staff member in the radiation laboratory at the Massachusetts Institute of Technology from 1940 to 1943; at the metal laboratory at the University of Chicago from 1943 to 1944, and at the Los Alamos Laboratory in New Mexico from 1944 to 1945, at which time he received the patent for the radio distance and direction indicator.

Alvarez was a member of the President's Science Advisory Committee from 1971 to 1972. He was awarded the Nobel Prize in Physics in 1968.