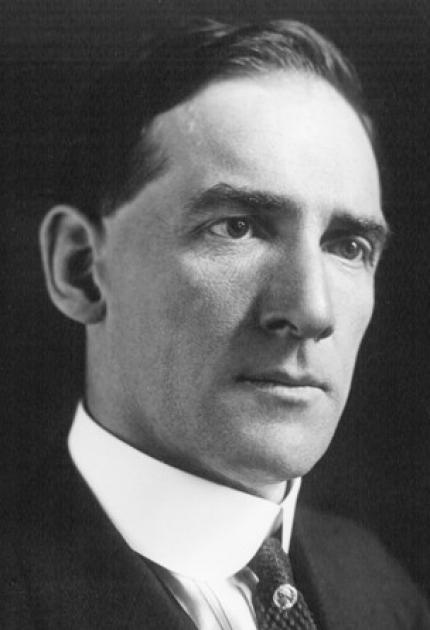 As industrial smokestacks became common at the turn of the century, Frederick Cottrell realized that pollution might be controlled and that valuable raw materials were vanishing into the atmosphere with the unwanted gases. In 1907 he applied for a patent for a device that passed high-voltage direct current to a discharge electrode which leaked the charge onto particles passing by in the fumes.

These charged particles were then electrically attracted to an electrode with an opposite charge, where they could be collected and retrieved as valuable minerals or chemical compounds. Cottrell's electrostatic precipitator, which became known simply as a "Cottrell," removed from 90 to 98 percent of all particles from escaping smoke and gases. The term "cottrell" can still be found in the unabridged dictionary.

Cottrell was born in Oakland, California, and received his B.S. from the University of California at Berkeley. He taught high school chemistry before receiving his doctorate from the University of Leipzig in 1902. In 1912, Cottrell co-founded Research Corporation, a nonprofit group that returned money from inventions back into the advancement of science. Research Corporation has since funded basic research on such important inventions as Williams' Vitamin B1, Goddard's rockets, and Lawrence's cyclotron.