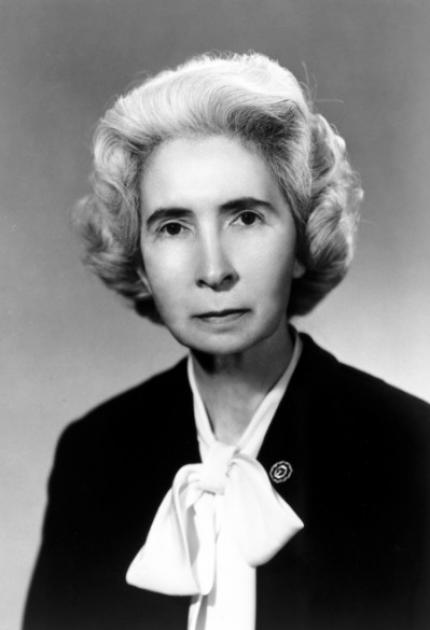 Chemist Allene R. Jeanes received her organic chemistry Ph.D. from the University of Illinois in 1938, a time when few women were involved in the field. Her pioneering work in carbohydrate chemistry at the U.S. Department of Agriculture's Northern Regional Research Lab helped make the NRRL a leader in carbohydrate science, and led to Jeanes's recognition as an outstanding chemist and innovator of the 20th century.

Her interest in the disaccharide isomaltose introduced Jeanes to dextran, a bacterial slime with some of the same chemical properties as isomaltose. To research isomaltose, she began producing dextran in her laboratory, but Swedish studies into dextran's use as a blood plasma substitute—coupled with U.S. involvement in the Korean War—spurred Jeanes and her team to develop dextran into a blood plasma extender and the method to produce it commercially. Her work saved many lives on the battlefield and in emergency rooms. It is still used today.

Jeanes also discovered xanthan gum, a polysaccharide synthesized by bacteria. Plant gums were imported for food and industrial use; Jeanes and colleagues searched for a microbial gum that could be produced domestically and found success with Xanthomonas campestris. Approved by the FDA in 1968, xanthan gum is widely used as a food thickener, stabilizer, and emulsifier in products such as toothpaste, egg substitutes, ice cream, and some gluten-free foods. It is also used in the petroleum and cosmetics industries.