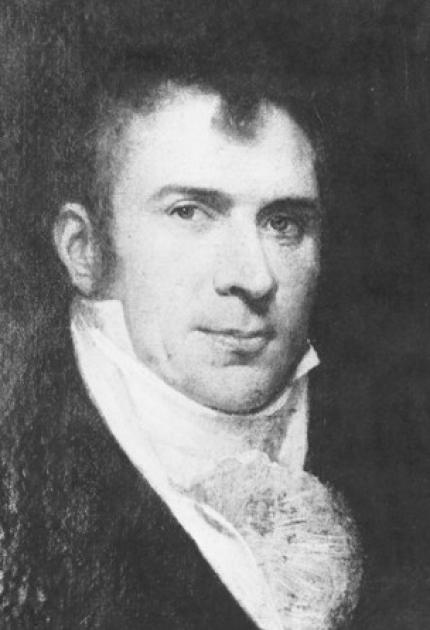 Born in Lancaster, Pennsylvania, Fulton was apprenticed to a jeweler at age fifteen, and worked in England as a portraitist before turning to inventing. In 1802, after a submarine he designed for France's Napoleon failed, Fulton met Robert R. Livingston, a wealthy American statesman fascinated with steamboats. Fulton agreed to build a steamboat that Livingston would finance.

One of many would-be steamboat inventors of his day, Fulton spent months assessing existing ideas and finding the ideal combination that would set his steamboat apart. His first prototype broke in half and sank in 1803. Numerous design changes and additional months' work brought success in 1807.

The Clermont carried sixty passengers who each paid five cents per mile. It had a long and narrow hull, two paddle wheels twelve feet in diameter, a twenty-four horse power steam engine designed and built by James Watt, and a twenty-foot copper boiler. Targeting customers willing to pay a premium for speed, Fulton's steamboat earned a handsome profit in its first year and won public acceptance for steamboat travel.