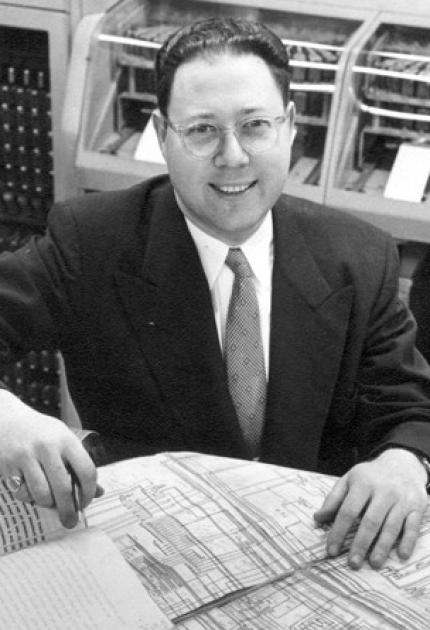 Amos Joel pioneered the system for cell phones of switching communication links from one cell region to another in response to movement, while maintaining continuity of service. His invention allows for convenient cell phone usage, making them a part of today's society. Joel was also responsible for developing the Traffic Service Position System (TSPS) used to automate the work of telephone operators and the Automatic Intercept System (AIS) created to automatically handle calls to non-working numbers.

A Philadelphia native, Joel was a world authority in the field of switching. He received bachelor's and master's degrees in electronic engineering from MIT. Soon after, he began his 43-year career with Bell Labs where he received over 70 U.S. patents in the field of telecommunications with an emphasis on switching.

During WWII, Joel designed circuits for early digital computers and was instrumental in the creation of cryptanalysis machines for military and diplomatic use.

Joel was recognized as Inventor of the Year by the New Jersey Congress of Inventors, and he received the Institute of Electrical and Electronics Engineers highest award, the Medal of Honor. His many other honors include the Kyoto Prize in 1989 and the National Medal of Technology in 1993.