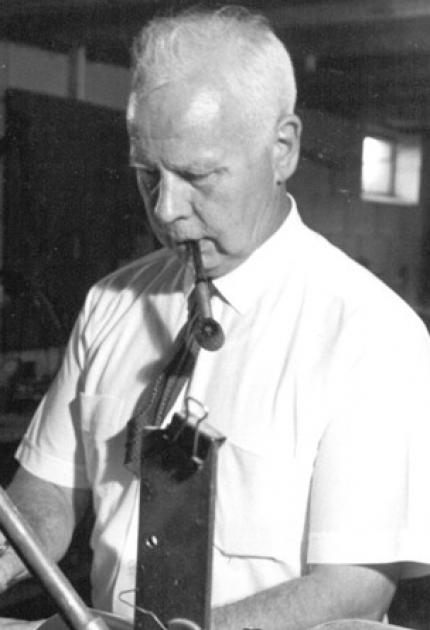 George R. Stibitz is recognized as the father of the modern digital computer. Born in York, Pennsylvania, Stibitz attended Moraine Park, an experimental school in Dayton, Ohio, and graduated from Denison University in 1926 with a Bachelors in Philosophy. He received an M.S. from Union College in 1927 and a Ph.D. in physics from Cornell in 1930. Stibitz joined Bell Telephone Laboratories in 1930.

Following World War II, he was an independent consultant for various government and industrial agencies. In 1964 he joined the Department of Physiology at Dartmouth Medical School as a research associate and became a professor in 1966 and professor emeritus in 1970.

Stibitz's interest in computers arose from an assignment in 1937 to study magneto-mechanics of telephone relays; he turned his attention to the binary circuits controlled by the relays, to the arithmetic operations expressible in binary form, and, in November 1937, to the construction of a two-digit binary adder. The next year he developed a full-scale calculator for complex arithmetic.