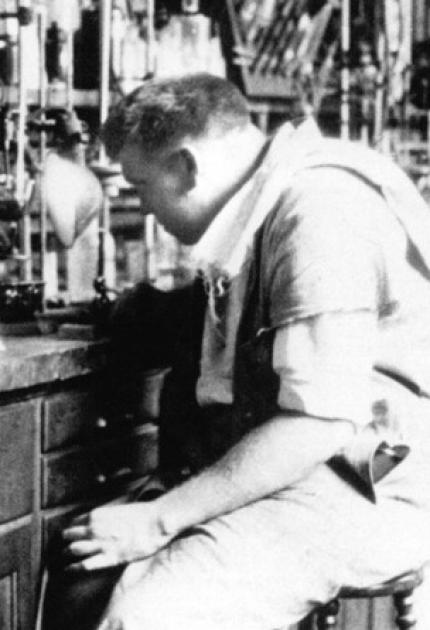 William Edward Hanford and Donald Holmes discovered the process for making polyurethane, and so discovered the basic broad chemistry of polyurethanes. In 1942, they were awarded the patent for their process. Polyurethanes are now used in a diverse array of products, including artificial hearts, safety padding in modern automobiles, energy saving insulation in homes, refrigerators and offices, furniture, cushioning, and carpets.

Born in Bristol, Pennsylvania, "Butch" Hanford received his B.S. from the Philadelphia College of Pharmacy in 1930, and then went on to receive his masters and his doctorate from the University of Illinois. It was while working at DuPont in Wilmington, Delaware, that Hanford and Holmes invented their process for making polyurethane.

While at DuPont, William Hanford also found a way to apply Teflon® in a practical and efficient manner. Hanford left DuPont in 1942 to join GAF Corporation; while there, he co-developed the first household liquid detergent. In 1946 he joined M.W. Kellogg, where he became director of research and served on the board of directors. In 1957 he became research and development vice president at Olin Industries. He and his son organized Water-Sure Inc. in 1968, specializing in equipment for sanitizing water supplies in Third World countries. He had over 120 patents from the United States patent office.