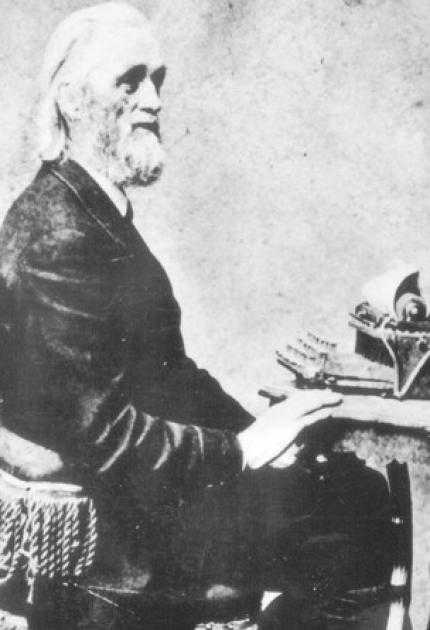 Christopher Sholes invented the first practical typewriter and introduced the keyboard layout that is familiar today. As he experimented early on with different versions, Sholes realized that the levers in the type basket would jam when he arranged the keys in alphabetical order. He rearranged the keyboard to prevent levers from jamming when frequently used keys were utilized. The rearranged keys in the upper row formed the order QWERTY, and the design exists to this day.

Sholes was born in Danville, Pennsylvania. As a young teenager, he apprenticed with a printer. Shortly after, he moved to Wisconsin where he worked as a printer, editor, and journalist. Always interested in issues of the day, Sholes served two terms as a Wisconsin senator, another term in the state assembly, and helped found the Republican Party in Wisconsin. Eventually, President Lincoln asked Sholes to become customs collector for the port of Milwaukee.

Sholes enlisted the help of investors to sell his typewriter, but his marketing tactics were not successful. In 1873, he sold his rights to the Remington Arms Company. The company began manufacturing the Remington typewriter, and Sholes continued to devise improvements for it. In 1878, he added a shift key to give users the option of lowercase or uppercase letters.