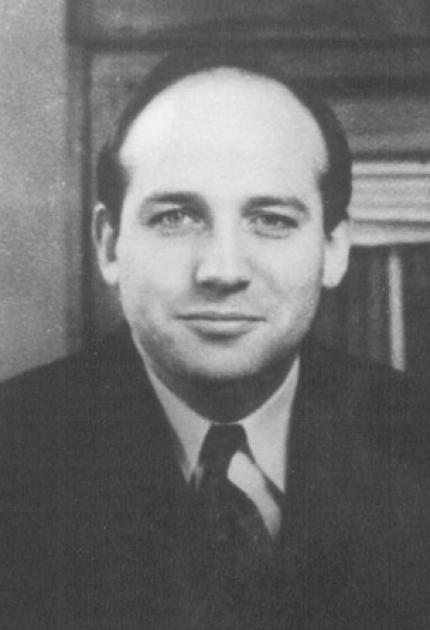 J. Presper Eckert was co-inventor of ENIAC, introduced to the public at the University of Pennsylvania in 1946. ENIAC was considered a computer marvel, containing over 17,000 vacuum tubes and weighing over 30 tons.

Although ENIAC was not the first computer, it was the first electronic device designed to carry out general-purpose computation. It could add, subtract, multiply, divide, and extract square roots, as well as predict weather, calculate atomic energy, study cosmic rays and examine wind tunnel design. ENIAC, housed at the Moore School of Engineering, was 1,000 times faster than previous electromechanical calculators.

Eckert was born in Philadelphia and attended the University of Pennsylvania. He graduated in 1941 with his B.S. and in 1943 with his M.S., both in electrical engineering. An outstanding student, he was given a teaching post at the university's electrical engineering school soon after his graduation. His role with the ENIAC project, which began in 1943, was as chief engineer. In 1946, Eckert and John Mauchly began the Electronic Control Company, later the Eckert Mauchly Computer Corporation. Eckert remained with the company when it was acquired by Remington Rand and when it merged with Burroughs Corporation, becoming Unisys. He retired from Unisys in 1989.