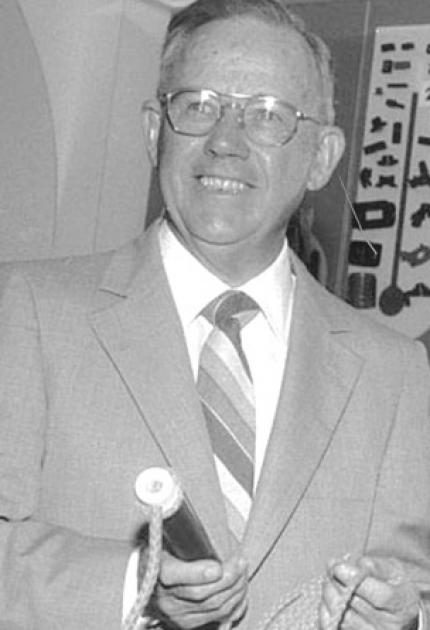 Robert Banks and fellow research chemist Paul Hogan were working for Phillips Petroleum in 1951 when they invented crystalline polypropylene and high-density polyethylene (HDPE). Together, the plastics were marketed under the brand name Marlex®, which has since made its way into every corner of American life. Banks and Hogan began working together in 1946. Low-density polyethylene already existed, but manufacturing it required extremely high pressures. While working on another project to improve yields of high-octane gasoline the two chemists discovered crystalline polypropylene. They experimented further and found they were able to produce HDPE in a low pressure situation. Their discoveries launched a multi-billion dollar industry.

Today, over 55 billion pounds of HDPE are manufactured each year. Plastic products include gallon milk jugs, laundry baskets, indoor-outdoor carpeting, and artificial turf. Banks was born and raised in Piedmont, Missouri. He received his B.S. from the University of Missouri at Rolla and his M.S. from Oklahoma State University. During World War II, he was a process engineer at an aviation gasoline plant. In 1946 Banks joined Phillips, spending his career there until his 1985 retirement. In 1987, Banks received an honorary doctorate from the University of Missouri at Rolla.