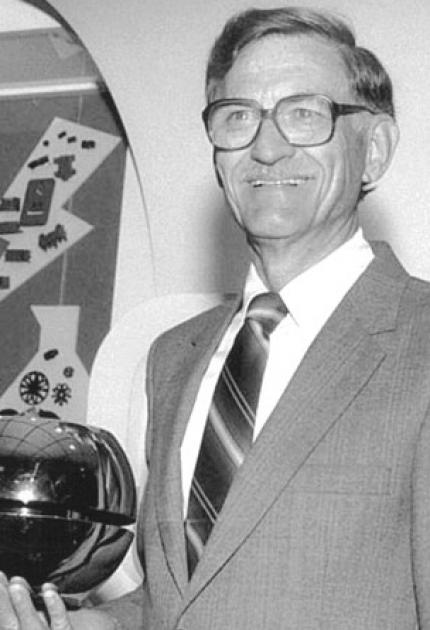 Paul Hogan was working with Robert Banks at Phillips Petroleum in 1951 when they invented crystalline polypropylene and a breakthrough process for making high-density polyethylene (HDPE). These substances revolutionized the plastics industry because they were stronger and more heat-resistant than other plastics and could be made in a low-pressure process. Polypropylene and high-density polyethylene were manufactured and marketed by Phillips under the brand name Marlex®. Initially, it was difficult to mass-produce the materials and to gain the interest of consumer and industrial goods manufacturers.

In 1956, however, the Hula-Hoop craze swept America, and toy makers placed huge orders for Marlex®, giving momentum to the new plastics. Among the next products made were baby bottles for hospitals, because HDPE withstood the high heat of sterilization. Today, billions of pounds of polypropylene and HDPE are used annually to make packaging and containers, toys, tools, furniture, auto parts, tubing, carpet, pipes and many other products.

Hogan grew up in Lowes, Kentucky and received a degree in chemistry and physics from Murray State University. During World War II, he served as an instructor at a preflight school. He joined Phillips in 1944, working there until his 1985 retirement. His numerous awards include the Pioneer Chemist Award and the Society of Chemical Industry's Perkin Medal. Hogan holds 52 U.S. patents.