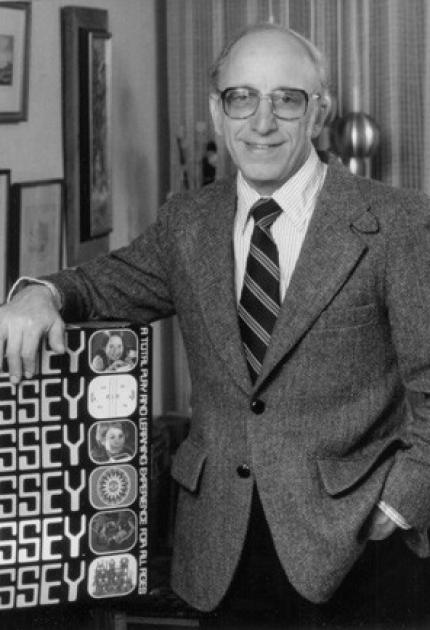 Engineer Ralph Baer, a pioneer in the field of interactive video games, invented what became known as the Magnavox Odyssey Home Video Game System. In 2004, the video game industry accounted for more than $8 billion in sales, with sales of $15 billion projected for 2010.

In the 1960s, Baer worked for defense contractor Sanders Associates. Although his primary focus was to develop military systems, Sanders thought that his gaming ideas could make money. Baer developed a number of games that became part of his 'Brown Box', a multi-game console, including ping-pong, handball, soccer, volleyball, target shooting, checkers, and golf. Sanders licensed the technology to Magnavox, which introduced the Odyssey system in 1972.

Baer continued to work on interactive games during his years at Sanders, in addition to continuing his work on military electronics. A well-known game he developed was Simon, a single-chip, microprocessor controlled memory game introduced in 1978.

Born in Germany, Baer came to the United States as a teenager. After serving in the U.S. Army Military Intelligence during WWII, he attended the American Television Institute of Technology, receiving his B.S. in 1949. After a brief stint at Loral, Baer worked at Sanders until 1987 before devoting all of his time to his own consulting business. In 2004, Baer was a recipient of the National Medal of Technology.