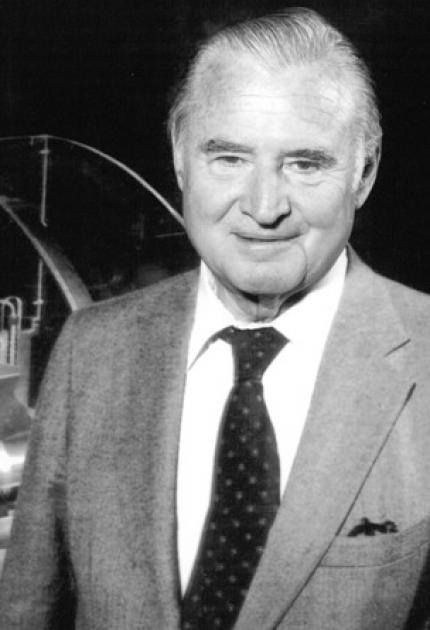 On the brink of World War II, Hans von Ohain developed a working turbojet engine in Germany, helping to catapult the aeronautical world into the next generation. Although the country could not produce a good enough jet fighter soon enough to affect the War, von Ohain's contribution did change the aeronautical industry.

Born in Dessau, Germany, he earned a Ph.D. in Physics from the University of Gottingen in 1935. The following year, while still at Gottingen, von Ohain continued developing theory in the turbojet engine and built a working model. From 1936 through 1939, while working at the Heinkel Aircraft Company, von Ohain worked exhaustively on improving his earlier working model. On August 27, 1939, von Ohain marked his place in aviation history, watching the HeS-3B turbojet engine make its inaugural flight in the He 178 airplane at Heinkel Airfield.

Moving to America in 1947, he became the Chief Scientist at Wright-Patterson Air Force Base in Dayton, Ohio, developing visionary aeronautical concepts such as thrust augmentation, laser aerodynamics, and particle separation dealing with high-speed flows. Von Ohain received both the Charles Stark Draper Prize and the Daniel Guggenheim Medal in 1991.