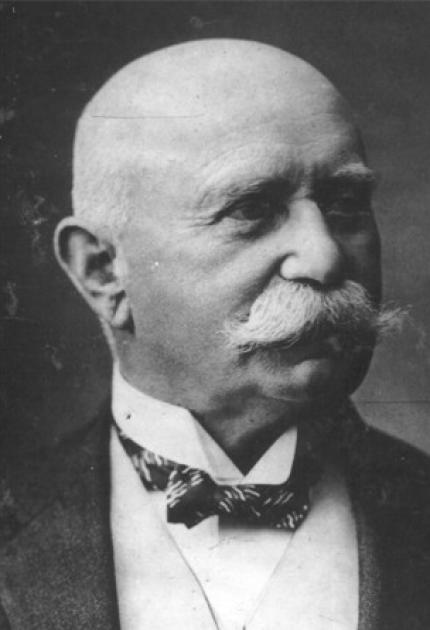 Born in Konstantz, Germany, Zeppelin studied at the University of Tubingen before entering the Prussian Army in 1858. After retiring from the army with the rank of brigadier general, he devoted himself to the design and construction of airships. His first airship was built in 1900 with a rigid frame, serving as the prototype for many subsequent models. The zeppelin airship consisted of a row of 17 gas cells individually covered in rubberized cloth. It was 420 feet long and 38 feet in diameter with a hydrogen-gas capacity reaching 399,000 cubic feet. Steered by forward and aft rudders, two 15-horsepower internal combustion engines powered the aluminum ship.

By 1910, Zeppelin had created the first commercial air service for passengers using his airship, which traveled more than 40 miles per hour. The zeppelin was extremely useful during World War I, providing additional aviation presence for patrols and bombing runs. After the war, the zeppelin was widely used in commercial flights. Although safety concerns eventually led to decreased popularity, the zeppelin was one of the first aircraft to provide commercial transports and establish principles of lighter-than-air craft.