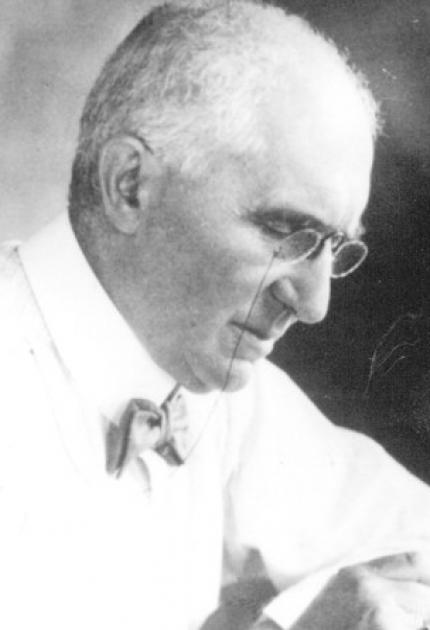 Emile Berliner invented the microphone that became part of the first Bell telephones, and his gramophone was the first record player to use disks. Born in Hanover, Germany, Berliner studied part time at the Cooper Institute (now Cooper Union) while assisting in a chemical laboratory. Berliner was one of many who explored ways of improving the original telephone.

The carbon microphone transmitter he developed varied the contact pressure between two terminals as a voice acted against it. Berliner sold his patent for $50,000 to the fledgling Bell Telephone Company. Berliner's gramophone differed from its contemporaries in that it used a flat disk to record sound rather than the cylinder proposed by Edison. The disk permitted inexpensive, mass duplication. Berliner's gramophone and method for duplicating records were ultimately acquired by the Victor Talking Machine Company (eventually RCA). Berliner also founded Deutsche Grammophon and Britain's Gramophone Co., Ltd. to market his device in Europe.

His trademark, later adopted by RCA, was an amusing painting of a dog listening to "his master's voice." In 1911 he established the Esther Berliner (his mother) Fellowship to give qualified women the opportunity to continue scientific research.