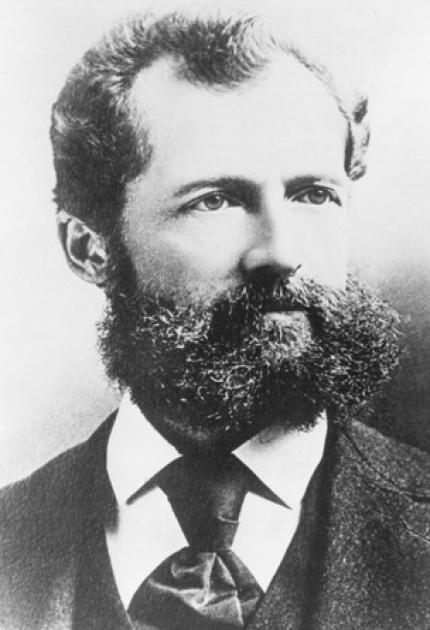 Ottmar Mergenthaler's invention of the linotype composing machine in 1885 is regarded as the greatest advance in printing since the development of moveable type 400 years earlier.

Born in Germany, Mergenthaler was trained as a watch and clockmaker. He arrived in Baltimore in 1872 and took a job in a machine shop, eventually working his way up into a partnership. At the age of 31 he designed and built his first linotype machine. With it, the two operations of setting and casting type in leaden lines were performed simply by touching the keys of a board similar to the keyboard of a typewriter.

Mergenthaler's machine enabled one operator to be machinist, type-setter, justifier, typefounder, and type-distributor. Since the machine was first used in 1886 by the New York Tribune, great improvements on its design have been made. Probably more than 1,500 separate patents have been taken out in connection with it.