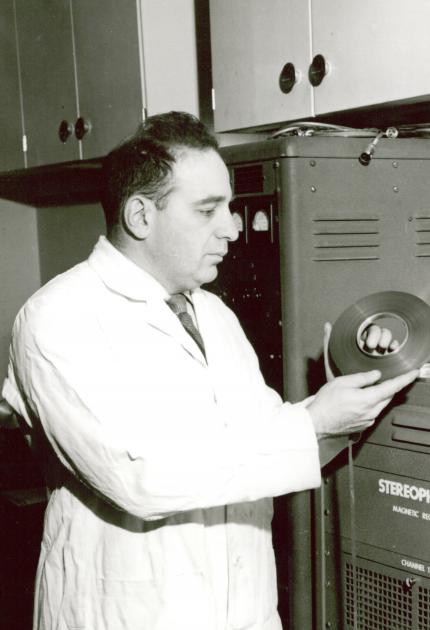 Marvin Camras' inventions are used in modern magnetic tape and wire recorders, including high frequency bias, improved recording heads, wire and tape material, magnetic sound for motion pictures, multitrack tape machines, stereophonic sound reproduction, and video tape recording. Born in Chicago, Illinois, Camras received a B.S. in 1940, an M.S. in 1942, and an Honorary Doctorate in 1978 from the Illinois Institute of Technology. He spent most of his working life at the IIT Research Institute, where he served as senior scientific adviser.

In the 1930s Camras developed a successful wire recorder. Before and during World War II his early wire recorders were used by the military to train pilots. Battle sounds were recorded and equipment was developed to amplify it by thousands of watts. The recordings were placed where the invasion of D-Day was not to take place, giving false information to the Germans. The public first heard of Camras' work after the war had ended.

Camras received more than 500 patents, largely in the field of electronic communications.