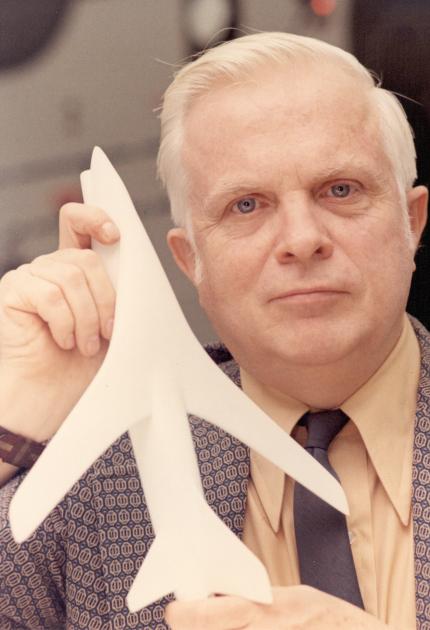 Richard Whitcomb, an aerodynamicist working for NASA, studied the causes of high airplane drag near the speed of sound and invented shapes reducing this drag. In his research he discovered the Area Rule, a method for predicting the large increases in drag at the speed of sound. Using this concept, he invented the "wasp-waisted" fuselage, which greatly reduces these drags. It allowed substantial increases in speed without increases in power.

Whitcomb also invented the supercritical wing. Compared with conventional wings, it is flatter on top and rounder on the bottom with substantial downward curvature rearward. It significantly delays the severe increase in drag below the speed of sound. It is now common on jet transport airplanes. In addition, Whitcomb invented winglets, vertical wing-like surfaces at the tips of transport wings. They reduce drag at cruise conditions.

Born in Evanston, Illinois, Whitcomb attended Worcester Polytechnic Institute. A trailblazer in aerodynamics, he was awarded the Collier Trophy, the Wright Brothers Memorial Trophy, and the National Medal of Science.