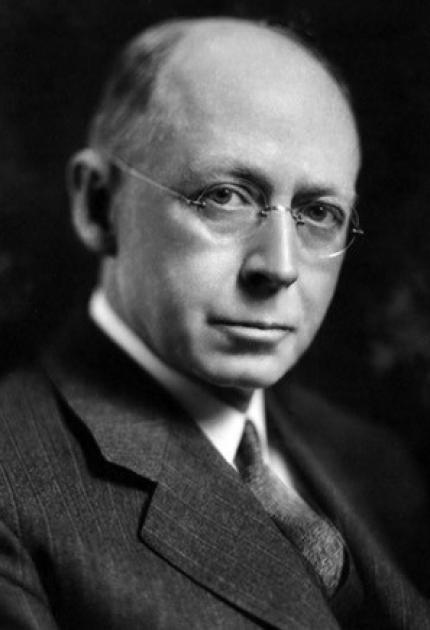 Eugene C. Sullivan left the U.S. Geological Survey and came to Corning where he founded the Corning Glass Works' research lab in 1908. With degrees in chemistry from the University of Michigan (B.S.), and graduate work in Germany at the Universities of Gottingen and Leipzig (Ph.D.), Sullivan began Corning's tradition of glass research to foster new development and continued innovation.

An evolution in borosilicate glass research helped solve the glass problems of the era. Shattered brakemen's lanterns were the source of all-too-frequent train crashes. Knowing that borosilicate glasses were a low expansion glass of great durability, Sullivan and fellow chemist William C. Taylor used borosilicates for their new lantern globes.

But it was the unheard-of application of borosilicate glass as bakeware that would make Corning a household name for the rest of the century. Sullivan and Taylor were responsible for the development of PYREX® brand cookware. This bizarre glass application was solely responsible for the paradigm shift that was to be glass' legacy as a versatile engineering material.

Eugene C. Sullivan continued to influence research in the labs until his death. His legacy is honored today with the R&D facility that bears his name, Sullivan Park.