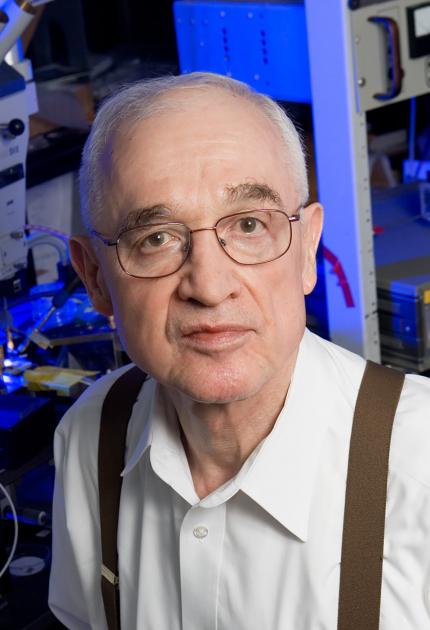 Holonyak's research in optoelectronics revolutionized the lighting, communications, and entertainment industries. His work was responsible for the technology used to develop red lasers in CD and DVD players, the ability to transmit information over the Internet, and applications in replacing conventional lighting with LEDs. Holonyak also created the basic electronic element of household light dimmer switches.

Born in Zeigler, Illinois, Holonyak attended the University of Illinois where he studied under his mentor NIHF Inductee John Bardeen who was a two-time Nobel Prize winner for inventing the transistor and explaining superconductivity. He received his doctorate in Electrical Engineering as Bardeen's first advanced student and went on to work for Bell Laboratories, serve in the military, and join the Advanced Semiconductor Laboratory of the General Electric Co. in 1957 where he made key contributions to the field of advanced semiconductor devices.