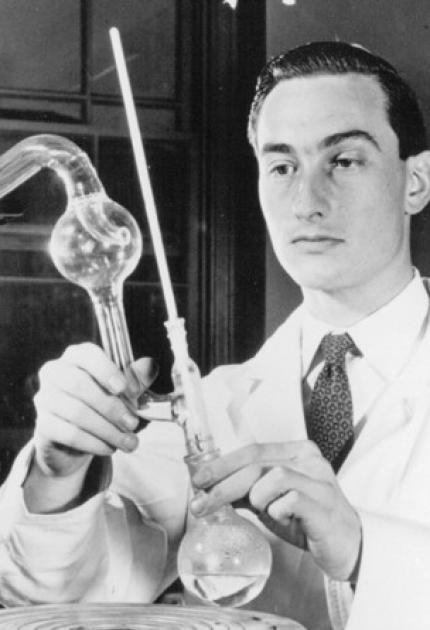 Chemist Lewis Hastings Sarett prepared a synthetic version of the hormone cortisone, which was soon demonstrated as an effective treatment against rheumatoid arthritis. Born in Champaign, Illinois, Sarett received his B.S. from Northwestern University in 1939 and his Ph.D. from Princeton in 1942. That same year he joined Merck Research Laboratories in Rahway, New Jersey, as a research chemist.

Sarett prepared the first synthetic cortisone in 1944, when Merck & Co. was a participant in a government effort to improve military medicine. Four years later the Mayo Clinic demonstrated the efficacy of the product against rheumatoid arthritis. In 1949, Sarett and several collaborators initiated an alternative synthesis commencing with raw materials derivable from coal, air, lime, and water. This led to the first route independent of naturally occurring starting materials.

Sarett's career at Merck spanned 38 years. He retired in 1982 as senior vice president for science and technology. He was named as primary inventor or a collaborator on approximately 100 technical papers and patents.