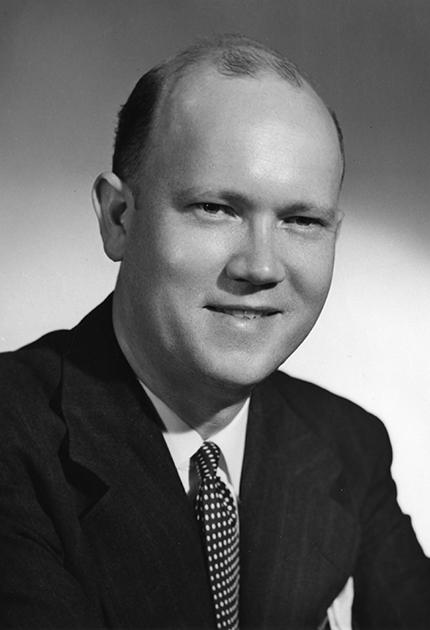 During 40 years of pharmaceutical research, Karl Beyer led teams that pioneered new classes of drugs. In 1942, Beyer joined Sharpe & Dohme, which merged in 1953 with Merck. Beyer then became president of the Merck Institute of Therapeutic Research — and eventually senior vice president of research for Merck & Co. — where he rejected the traditional model of discovering drugs by chance and instead promoted drug discovery by a laboratory team.

Chief among Beyer’s accomplishments was the creation of thiazide diuretics, the first class of drugs to safely and effectively treat hypertension, developed with the Merck Sharp & Dohme Research Laboratories team of fellow pharmacologist John Baer, and organic chemists James Sprague and Frederick Novello. When chlorothiazide was introduced in 1958, heart disease was the leading cause of death in the United States, with millions of Americans suffering from some form of hypertension. Chlorothiazide, a safe and effective alternative to existing medications, was the first diuretic to inhibit reabsorption of sodium and chloride ions in the kidneys and increase urine production without upsetting electrolyte balance.

Beyer also developed probenecid, the first effective therapy for gout. Beyer’s discovery of a method of inhibiting reabsorption of uric acid from the kidneys offered relief from the pain of gout disease.

Beyer graduated from Western Kentucky State College (now Western Kentucky University) with a bachelor’s in chemistry and biology. He earned his Master of Arts degree and doctorate in medicine and physiology from the University of Wisconsin-Madison. In 1975, Beyer, Sprague, Baer and Novello received the Lasker Foundation Special Public Health Award for their individual contributions to the invention of thiazide diuretics.