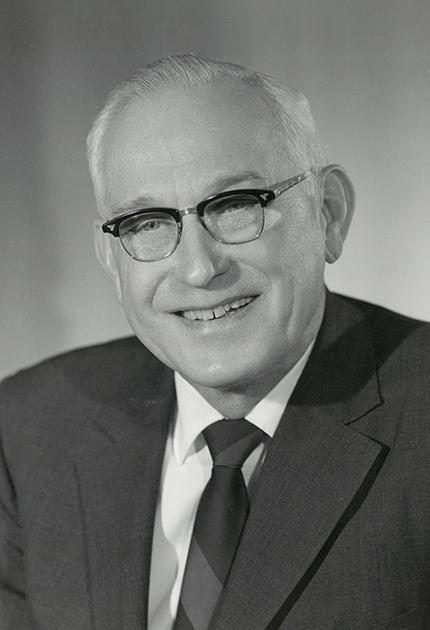 Biochemist James Sprague was a member of the Merck Sharp & Dohme Research Laboratories team that pioneered thiazide diuretics, the first class of drugs to safely and effectively treat hypertension, during the 1950s. Sprague — who joined Sharpe & Dohme in 1937, then continued at Merck Sharpe & Dohme after the companies merged — developed chlorothiazide with fellow organic chemist Frederick Novello and pharmacologists Karl Beyer and John Baer.

Chlorothiazide was introduced in 1958, when heart disease was the leading cause of death in the United States and millions of Americans suffered from some form of hypertension. Previously, the only effective medications for treating hypertension were intravenous and intramuscular mercurial agents; both were difficult to use and featured toxic side effects. Chlorothiazide was a safe and effective alternative.

As early as 1959, the American Heart Association and the National Institutes of Health reported declining death rates resulting from cardiac events, which they partly attributed to the new thiazide antihypertensives. Today, thiazide diuretics remain a first-line treatment for high blood pressure and related heart problems, and to decrease edema.

In 1975, Beyer, Sprague, Baer and Novello received the Lasker Foundation Special Public Health Award for their individual contributions to the invention of thiazide diuretics; Sprague was recognized for directing the chemical search for sulfa compounds that promote the excretion of body salt.

Besides thiazide diuretics, Sprague made other important discoveries in the area of sulfa drugs, helping to develop benemid, a treatment for gout. Named on 53 patents, Sprague received a bachelor’s degree from Franklin College and a doctorate in organic chemistry from the University of Wisconsin-Madison.