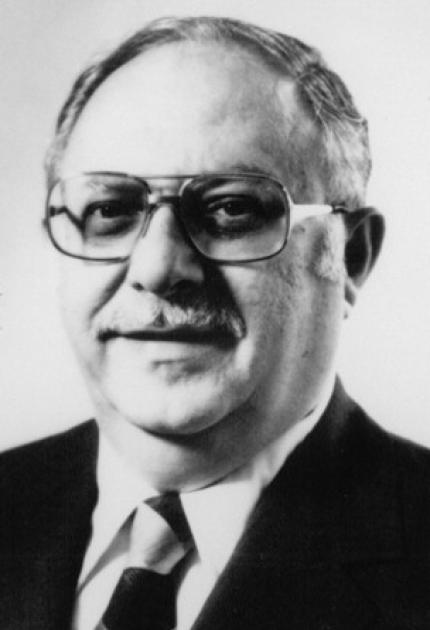 Frank B. Colton developed Enovid, the first oral contraceptive. Born in Poland, Colton immigrated to the United States in 1934. He obtained his B.S. and M.S. degrees in chemistry from Northwestern University in 1945 and 1946 and his Ph.D. from the University of Chicago in 1950.

Between 1949 and 1951 Colton was a research fellow at the Mayo Foundation where he was associated with the Nobel Laureate Edward C. Kendall and helped develop an improved synthesis of cortisone. Colton joined G.D. Searle and Company in 1951 as a senior research chemist and after a series of more progressively responsible positions retired in 1986 as research adviser. Colton has made many important contributions to medicinal organic chemistry and particularly to steroid chemistry.

His pioneering research on the relationship between structure and biological activity, particularly of 19-nor steroids, led to the development of Nilevar, the first orally active anabolic agent which had a distinct separation between protein building and masculinizing properties. Of even greater importance was his research which resulted in the discovery of Enovid. The introduction of this substance in 1960 for family planning purposes ushered in the era of oral contraception.