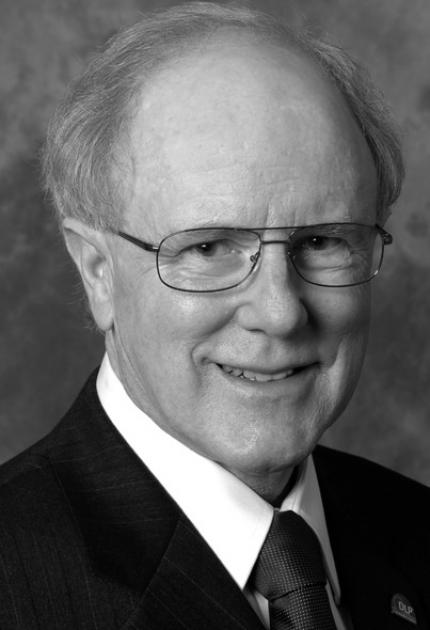 Larry Hornbeck is the inventor of the Digital Micromirror Device, an array of up to two-million hinged microscopic aluminum mirrors on a silicon chip. Under digital control, these tiny mirrors tilt thousands of times a second to create an image by directing pulses of "digital" light through a projection lens and onto a television, presentation, or movie theater screen.

The trademarked DLP technology from Texas Instruments uses this versatile imaging technique in products ranging from tiny pico projectors embedded in cell phones to TI's DLP Cinema projectors that light up more than 8,000 theater screens around the world. A variety of non-display applications are enabled as well.

Born in St. Louis, Hornbeck received a Ph.D. in physics from Case Western Reserve University in 1974. He joined TI in 1973 and invented the DMD in 1987 after struggling for a decade to perfect analog micromirrors. He holds a series of patents that form the foundation for DMD technology, including the first practical methods for manufacturing high-density arrays of micromirrors on an integrated circuit. Among his many accolades, Hornbeck received an Emmy Award in 1998 from the Academy of Television Arts & Sciences.