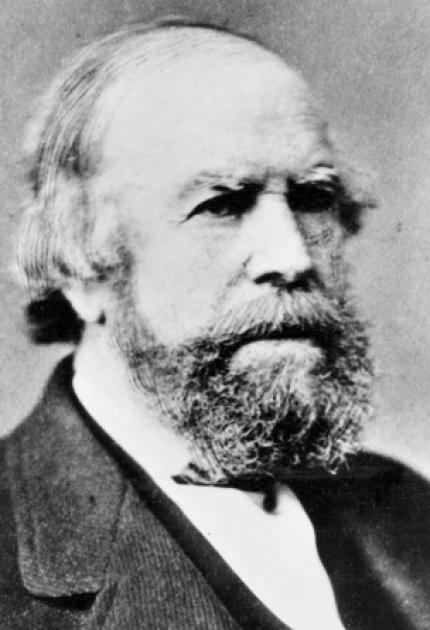 Despite having had no formal scientific training, Joseph Saxton invented important measuring devices, including a hydrometer to measure the specific gravity of fluids.

Born in Huntingdon, Pennsylvania and apprenticed to a watchmaker at age twelve, Saxton made the belfry clock for Independence Hall in Philadelphia before he was thirty. He spent almost a decade constructing scientific apparatus at the Adelaide Gallery of Practical Science in London, before returning to Philadelphia as Curator, Standard Weighing Machinery for the United States Mint. There, he designed the balances used to verify standard weights in government offices. In 1843, he became superintendent of weights and measures for the United States Coast Survey, a position he retained for the rest of his life.

Saxton made many technological innovations during his career. These included a reflecting pyrometer used in the first comprehensive survey of the United States coastline, and the first known dynamo. In 1854, he invented a self-registering tide gauge that is believed to have been the first gauge to record an earthquake.

Saxton was one of the fifty charter members of the National Academy of Sciences. He was awarded the Franklin Institute's John Scott Legacy Medal for his reflecting pyrometer.