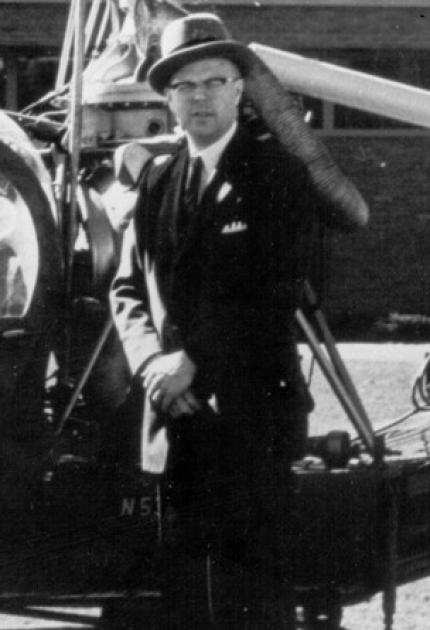 John Parsons changed the control of machines and industrial processes from an imprecise craft to an exact science, spawning a second industrial revolution. Born in Detroit, Parsons received the first honorary Doctor of Engineering awarded a manufacturing engineer by the University of Michigan. Parsons' accomplishments spanned 60 years of creative problem solving. From his first job as a stamping plant piece-worker and then a tool room apprentice, he sought to affect and improve all phases of manufacturing, from new materials to new ways to settle labor negotiations.

His greatest gift was the invention of numerical control, which Parsons conceived and implemented with the help of his aircraft engineer Frank L. Stulen. It consisted of the complex formulae used in structural and aerodynamic design of helicopter rotor blades and other structures. Parsons also pioneered adhesive bonding in metal aircraft structure, then built the first all-composite airplane. He produced the gigantic fuel lines for the Saturn booster that started the U.S. astronauts toward the moon, and he brought computers to aircraft design, manufacturing, and real-time management reporting.