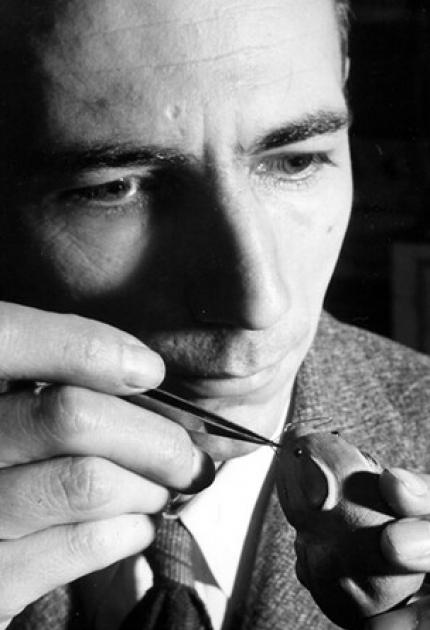 Claude Shannon produced one of the great conceptual breakthroughs of his generation with the publication of his seminal work, "A Mathematical Theory of Communication". It laid the foundations of information theory, explaining that binary digits which he first called "bits" could carry information in a digital form. This radical idea led directly to the wide range of digital inventions so common today, from cell phones and CDs to cameras and computers. By showing how information could be manipulated in a precise, mathematical way, he gave engineers what experts have called "a blueprint for the digital age."

Shannon was born in Gaylord, Michigan. He earned his B.S. degree from the University of Michigan in 1936; he then went on to MIT, where he received an M.S. in electrical engineering and a Ph.D. in mathematics. While at MIT, he worked under Vannevar Bush on the differential analyzer, an early analog device that was the most powerful computer of its day, but ultimately made obsolete by the more powerful digital devices envisioned by Shannon. Shannon joined the mathematics department at Bell Labs in 1941 and remained affiliated with Bell Labs until 1972. He became a visiting professor at MIT in 1956, a permanent member of the faculty in 1958, and a professor emeritus in 1978. He was the recipient of many honors, including the Institute of Electrical and Electronics Engineers Medal of Honor, the Kyoto Prize and the National Medal of Science.