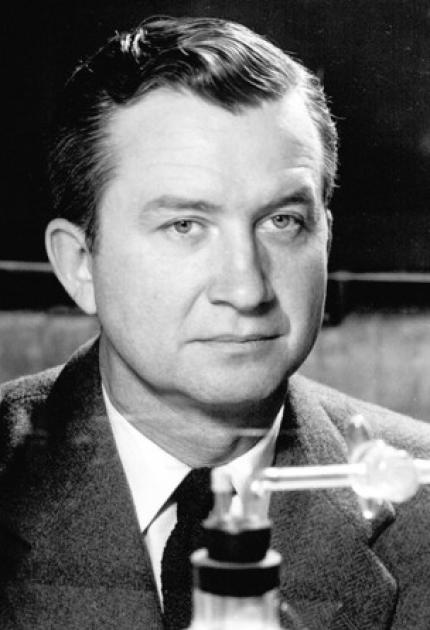 Sir Alexander Fleming's 1928 discovery of penicillin in bread mold was a tremendous breakthrough for medical science. Unfortunately, Fleming's process for harvesting the antibiotic took months to generate a small amount. During World War II, as demand for penicillin rose, researchers worked feverishly to synthesize the penicillin molecule. More than a thousand scientists in 39 U.S. labs became involved in the project. But when the war ended and the molecule still had not revealed its structure, the funds for research ended. From 1948 to 1957 only one laboratory continued the research—John Sheehan's. In March of 1957, Sheehan announced the first rational total synthesis of natural penicillin. The next year he reported a general total synthesis of penicillins.

Born in Battle Creek, Michigan, Sheehan graduated from Battle Creek College and received his master's and Ph.D. degrees from the University of Michigan. He began a 31-year teaching career at MIT in 1946. At the beginning of World War II, Sheehan and W.E. Bachmann of the University of Michigan devised a new and practical method of manufacturing the military high explosive RDX (cyclonite), which replaced TNT as the basic explosive for rocket, bomb, and torpedo warheads.

In 1953 and 1954 he served as a scientific liaison officer with the American Embassy in London for the Office of Naval Research. He was later a scientific adviser to presidents Kennedy and Johnson.