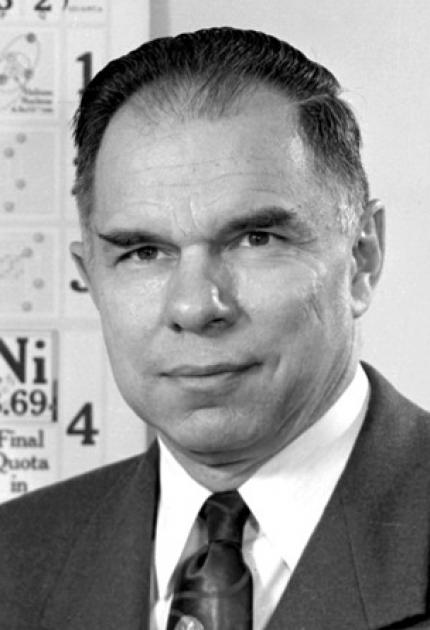 Glenn T. Seaborg was a central figure in the effort to develop atomic technology. The nuclear chemist's best-known achievement was the synthesis and isolation of the radioactive element plutonium.

Seaborg spent most of his career at the University of California in Berkeley, where he stayed on after completing graduate school. He primarily studied radioisotopes, the unstable, radioactive forms of elements. He pioneered the creation of new exotic isotopes and elements by bombarding materials with atomic particles in the university's cyclotron and other particle accelerators, many of which his research team helped design.

He was one of the most important participants in the Manhattan Project, which developed the atomic bomb during World War II. In addition to his work developing nuclear weapons, he was a pioneer in the development of nuclear medicine and nuclear power.

Seaborg was born in Ishpeming, Michigan. He discovered 10 elements and more than 100 radioisotopes and won the Nobel Prize for chemistry in 1951. He also held the distinction of being the only living person to have a new element, seaborgium, named after him. He was a key figure in the campaign for nuclear disarmament, an influential educational reformer, and the first scientist to head the Atomic Energy Commission.