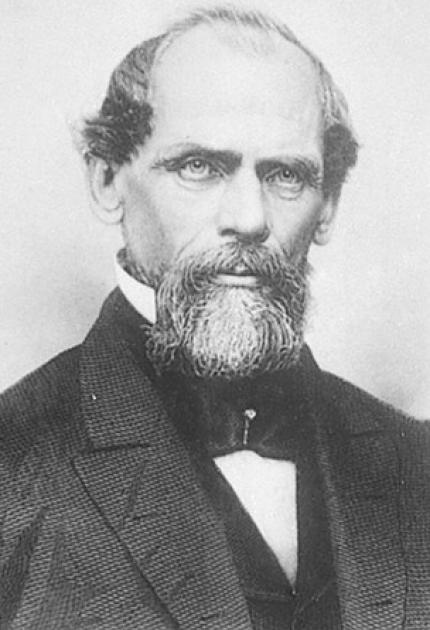 In 1841, John Roebling invented a wire rope in order to improve upon the bulkier and weaker hemp fiber rope being used to haul canal boats along the Allegheny Portage Railroad between the eastern and western sections of the Pennsylvania Canal. Roebling also developed a technique for spinning cables in place rather than constructing pre-fabricated cables that required maintenance before actually being used.

In 1844-45, Roebling built his first structure using his invention, a wooden canal aqueduct across the Allegheny River. In 1845-46, he built his first suspension bridge to carry a highway across the Monongahela River. He cemented his reputation as the premier builder of suspension bridges in the U.S. with the construction of a railroad suspension bridge at Niagara Falls (1851-55). Roebling was contracted as chief engineer for construction of the Brooklyn Bridge, the project with which he is most popularly associated. However, as work was about to begin, he suffered an accident that led to his death. Construction of the bridge was completed under the supervision of his son, Washington.

Roebling was born in Muhlhausen, Germany. He studied civil engineering at the Royal Building Academy in Berlin. He immigrated to the United States in 1830 and became a citizen in 1837.