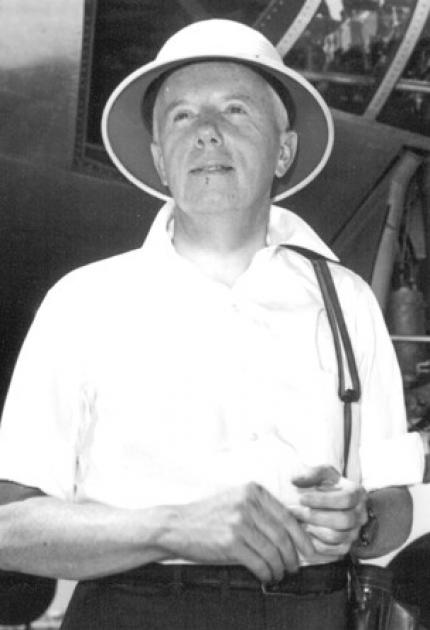 Jack Northrop was a true artist of aircraft design. His creativity led him to design the Lockheed Vega, a design with a monocoque, or single-shell, fuselage with internal-braced wings. This novel design produced a number of speed, altitude, and endurance records and began Northrop's legacy of building superior, cutting-edge planes.

Northrop was born in Newark, New Jersey. In the 1920s and 1930s, Northrop designed the Vega as well as the Alpha, Beta, Delta, and Gamma planes. These designs produced great advances in flight performance and airframe life. He also began researching and designing his Flying Wing and tailless aircraft. By 1939 Northrop Aircraft was established, and he worked intimately with the military. His P-61 Black Widow night fighter endowed the U.S. with superior aircraft. His XB-35 aircraft, a working model of his Flying Wing, was shelved in the 1940s, but 40 years later, was renewed as the B-2 Stealth Bomber.

Northrop's other creations are significant: the F-89 Scorpion all-weather fighter interceptor, the B-49 long-range bomber, the Snark intercontinental missile, automatic celestial navigation systems, and prosthetic limbs. He is lauded as a pioneering designer in aviation.