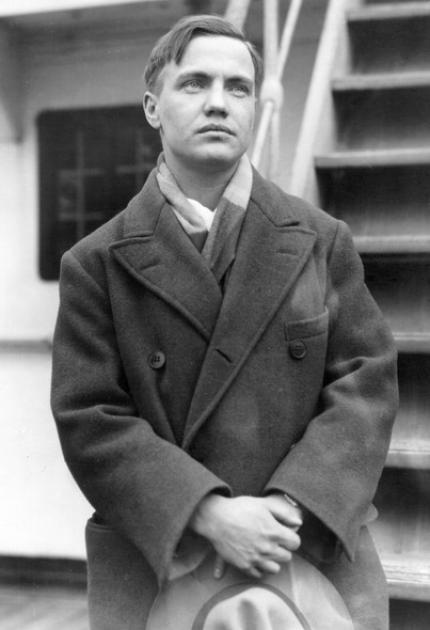 George Antheil, an avant-garde composer known for pieces such as Ballet Mécanique and Airplane Sonata, had numerous other interests in addition to composing. After becoming friends with Hollywood actress Hedy Lamarr in 1940, the two found themselves discussing issues related to war time, including torpedoes.

Although an odd pair, both inventors contributed great technical expertise to the conversations. Together, they developed their frequency hopping communications system which broadcast a signal over a seemingly random series of radio frequencies, hopping from frequency to frequency. Antheil was familiar with remote control technology and spread spectrum sequences that he had used in his compositions and performances. To maintain synchronization, he developed a system to control the jumps between 88 pre-programmed frequencies based on the 88 keys of a piano.

Although the Navy initially shunned their technique, by 1957, the concept was taken up by Sylvania Electronic Systems, and in 1962, it was used in military communications systems on U.S. ships sent to blockade Cuba. Subsequent patents in frequency changing have referenced the Antheil-Lamarr patent as the basis of the field. In addition to his composing and inventing interests, Antheil wrote a nationally syndicated newspaper relationship advice column.