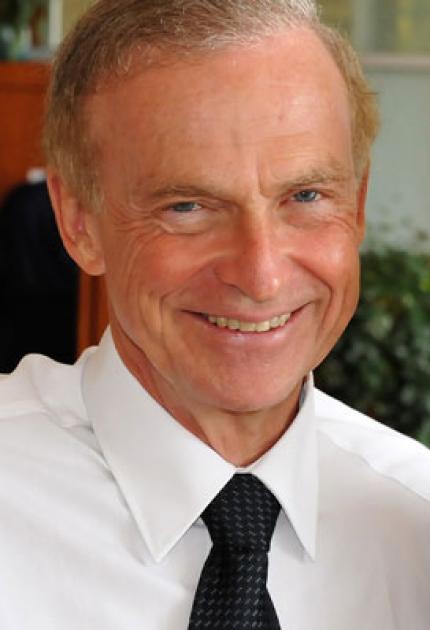 McEwen earned both his bachelor of applied science and doctoral degrees in electrical engineering from the University of British Columbia, and after completing doctoral research at Vancouver General Hospital, he established its biomedical engineering department. There, he investigated situations where patients suffered limb paralysis, nerve damage and other injuries due to surgical tourniquet use. At this time, in the mid-1970s, mechanical pneumatic tourniquets were standard. McEwen’s research revealed problems with these, including an unreliable pressure-regulating mechanism and no fail-safe feature to limit maximum cuff pressure.

The design process for a new tourniquet began with McEwen’s idea of using a computer to control the applied pressure. By 1980, he had developed a microprocessor-controlled system that was safer and more efficient than previous technology. An automatic timer provided an accurate record of inflation time, and if dangerously high or low cuff pressures were present, audiovisual alarms would activate. Safety features included automatic detection of air leakage, system integrity checks and a backup power source.

Almost all modern tourniquet systems used in western countries are based on the work of McEwen and his colleagues, including the A.T.S. series of automated surgical tourniquet systems from Zimmer Biomet. In an interview with the National Inventors Hall of Fame®, McEwen shared the question that motivates his work: “How can I use what I have, whether it’s resources, talents or abilities, to help improve the lives of others?”

Named on more than 80 U.S. patents and many other international patents, McEwen received the Principal Award for Innovation from Canada’s Ernest C. Manning Awards Foundation. He founded Delfi Medical Innovations to produce specialty tourniquets for applications including injury rehabilitation, emergency situations and military settings, and he continues to research tourniquet technology.

10 Things You Need to Know About James McEwen>>>