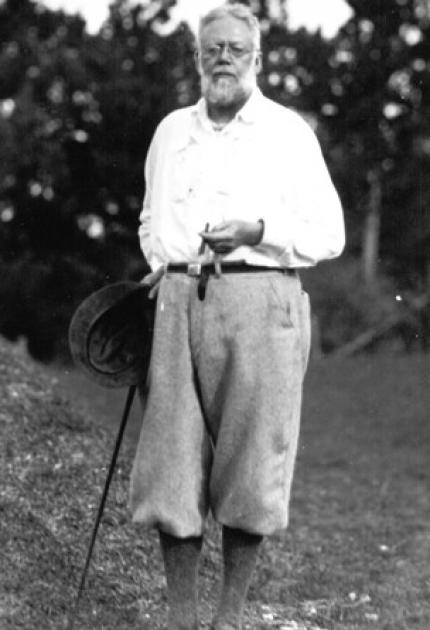 Reginald Fessenden is known for discovering amplitude modulation (AM) radio and explaining its scientific principles. With his heterodyne principle, he put into practice the idea of mixing two high frequency signals to carry the audible low frequency of the human voice.

Fessenden became fascinated with the idea of wireless telegraphy as a child when he saw Bell demonstrate his telephone. He wondered from that point on if he could transmit voice without using wires. In 1900 he did just that, transmitting his voice with his "wireless telephone." Six years later, history was made on Christmas Eve when Fessenden transmitted the first radio broadcast from Brant Rock Station, Massachusetts. Ships at sea heard a broadcast that included Fessenden playing "O Holy Night" on the violin and reading a passage from the Bible.

Born in East Bolton, Quebec, Canada, Fessenden was well-educated when he was young. When he was eighteen, he became headmaster at a school in Bermuda. His work subsequently took him back to the U.S. to work with Thomas Edison and to help George Westinghouse light the 1892 Columbian Exposition in Chicago. He then investigated wireless radio communication with the U.S. Weather Bureau. Fessenden held over 200 patents, including a version of microfilm and an early form of sonar.