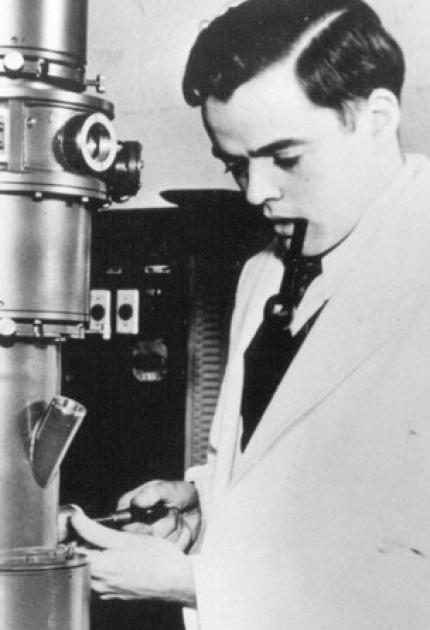 Physicist James Hillier was recognized for his contributions to the development of the electron microscope. Born in Brantford in Ontario, Canada, he received his B.S. in 1937 and Ph.D. in physics in 1941 from the University of Toronto.

Hillier's work on the electron microscope lens correction device began in college. He and a fellow graduate student built a model in 1937 that magnified 7,000 times. A generation later more than 2,000 electron microscopes were in use in the laboratories of the world, some capable of magnifying two million times.

Hillier was a research engineer at RCA Laboratories from 1940 to 1953, at which time he joined Melpar Inc. as research director. In 1954 he returned to RCA, where he became the general manager of RCA Laboratories in Princeton, New Jersey in 1957. When he retired in 1978, Hillier was executive vice president and senior scientist of RCA Labs.