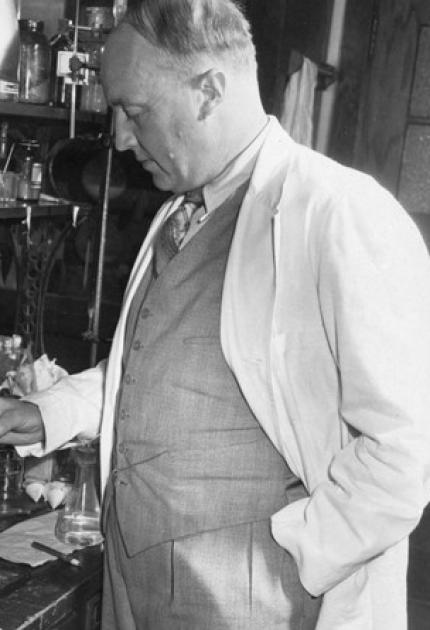 The youngest member of the team that provided life-saving treatment to diabetics started his historic work immediately after earning his bachelor's degree. Best was just 22 when he joined Frederick Banting in the search for answers about diabetes. Their first breakthrough occurred when they discovered that the hormone insulin, produced in the pancreas, was the substance needed to treat diabetes. Next, they moved on to the challenge of finding ways to extract and purify the vital hormone, and finally formulated methods for mass-producing insulin.

When it came time to begin commercial production, it was Best who took charge of the operation. In his later years, Best conducted important research on allergies, methods to preserve blood serum, and treatments to prevent seasickness.

Born in West Pembroke, Maine, Best moved to Nova Scotia with his parents early in life. He served in the Canadian Army during World War I and graduated from the University of Toronto with a B.A. in 1921, an M.A. in 1922, and an M.D. in 1925. He earned a D.Sc. from the University of London in 1928. He was a prolific author and the winner of numerous professional awards. The Charles H. Best Institute Research Laboratory, which specializes in diabetes research, is named in his honor.