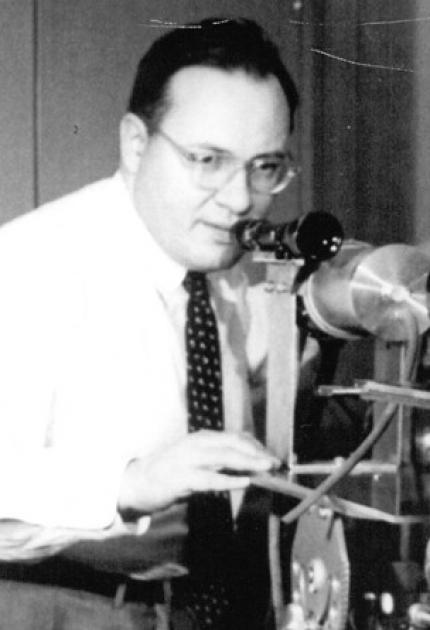 Arthur L. Schawlow was co-inventor of the laser. He worked with Charles H. Townes, who was inducted into the National Inventors Hall of Fame in 1976. Schawlow was also a recipient of the Nobel Prize in physics. Schawlow was born in Mount Vernon, New York, and went on to attend the University of Toronto, graduating with a bachelor's degree in physics and mathematics in 1941. During the war, while teaching physics to military personnel, he earned his master's degree. In 1949, Schawlow received his Ph.D. in physics from the University of Toronto.

While doing postdoctoral research at Columbia University he met Charles Townes, and their long collaboration on microwave spectroscopy began. Schawlow and Townes sought ways to extend the maser principle of amplifying electromagnetic waves into the shorter wavelengths of infrared and visible light. They published a proposal for the laser in a 1958 issue of Physical Review and received a patent for it in 1960. By the end of the 1960s, eye surgeons were routinely using lasers. Today, the laser is prevalent in many areas, including the medical, defense, and communications fields.

In 1961, Schawlow became professor of physics at Stanford University. In 1981, Schawlow received the Nobel Prize in physics for his work in laser spectroscopy.